Geo Honours City of the Future

For the first podcast series, Disciplinary aspect, the listening order is inspired by the Maslow’s hierarchy of needs. Starting from the bottom of the pyramid to the top, in the following sequence, Meeting Basic Needs on Mars (GSS3) as well as Nutrients and Building Materials on Mars (ES) discuss the relevant aspects to take into account when arriving on another planet. In Past, Present and Future: Energy Supply on Mars in 2060 (GSS1) the experts regard the suitable energy provision. When the basic needs are met, society can be established. Therefore, A New Governance System on Mars (GSS4) and It’s no rocket science! Governance on Mars (HGSP3) reflect on political power in the future city. The ways in which authorities and citizens shape the Martian urban environment are considered in An Equal and Cohesive City for All (HGSP2). Zooming in to safety and psychological needs of the citizens, six dimensions of Wellbeing on Mars (GSS2) are introduced, including a healthy environment in Liveability in the Ideal City (HGSP1) along with medical care in A Healthy Mars (NSIM). Proper education is a milestone for self-fullfillment of the future generation as envisioned in Podcast for Podlife-Education System (GSS5). 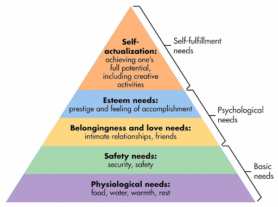 For the second podcast series, Presentation of the future cities, there is no particular order. The cities are numbered according to the groups. Each recording has a visual element included on the page – the poster for the given city. So view the poster on the screen and click on the play button to fully immerse yourself in the story.